An Unconventional First-Day Back-to-School Photo: Honoring the Kindergartener Who is Not Here 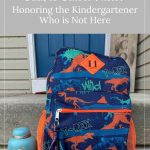 Every year since 2014 – when my son was born and died – my heart ached as my Facebook feed filled with images of children on their first day of school because I knew that that was one more milestone that we’d never get to experience with him. As the beginning of the school year approached this year – the year he would have started Kindergarten – I braced myself for the onslaught of back-to-school photos, of reminders of everything that was lost when he died.

And, I started thinking: What if we did take a first day of school photo, one that honored the memory of the miraculous little boy who made me a mother? 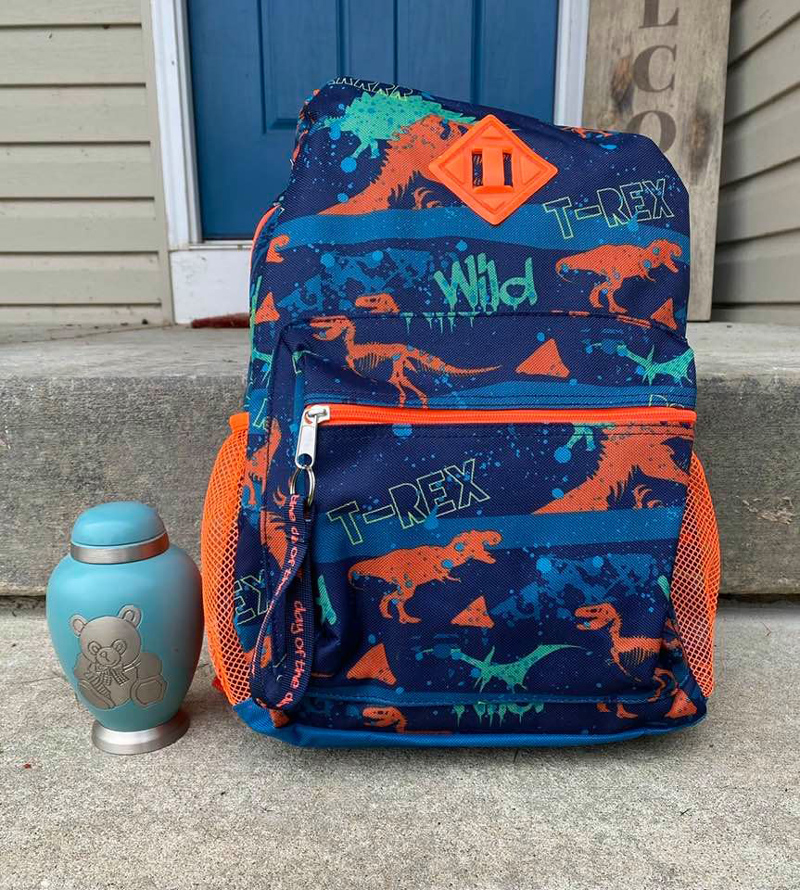 On August 31, 2020, the day my son would have started Kindergarten, I took a photo of his urn next to a backpack – filled with school supplies for another kindergartener, and chosen by our rainbow. As my feed filled with images of friends’ children on their first day of school, I shared the photo I had taken, along with the following caption: “I know this isn’t your typical, happy first day of school photo.  But for us, this is reality – in a world where babies don’t die, the little boy in the blue urn would have started Kindergarten today. The backpack will be donated to his school for another child, and we’ll be buying classroom supplies for one of the K classrooms.”

Truthfully, I anticipated some backlash for sharing an obviously untraditional first-day photo. I thought that someone would comment – whether on the photo itself or privately – negatively. What actually happened blew my mind, in the best of ways.

There was an immediate outpouring of support, both from people who have lost children themselves and those who have not.

The comments kept coming, and not a single one was even remotely negative.

A couple of hours after sharing the photo to my own wall, I decided to share it to a Facebook page I follow for mothers who have lost children. I knew I wasn’t the only one whose heart arched as first day photos filled my feed, and I wanted the women in the group to know that they were not alone. One of the things I have learned in my grief journey is that there is comfort the knowledge of shared experiences. Within hours, there were dozens of comments and hundreds of reactions.

Other members of the group began sharing stories of their children, or expressing gratitude for a first-day photo that represented them.

So here it is: My late son’s first day of school photo. Unconventional? Yes. But it represents my reality, and honors the life of a little boy who may not have had the chance to go to school, but has touched countless lives nonetheless.