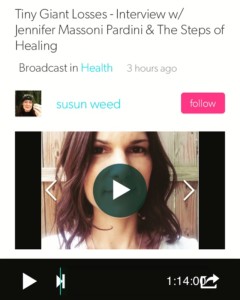 Last month, I took a deep breath and published a piece here on PALS about my response to the presidential election. I needed to steady myself because to write about TFMR is a vulnerable action as we lose reproductive rights state-by-state and perhaps nationwide after Inauguration Day. Just as sharing my story becomes more important than ever when under threat, it also becomes more controversial than it has been in decades.

I started writing about my son four and one-half years ago, just three weeks after holding him, after letting him go. Telling the story began as handwritten notes scribbled in the dark, next as posts on my blog. At the time, I didn’t think of sharing our story publicly as a provocative act. I thought of it as an act of survival, my own. I didn’t have living children at the time, so the vulnerability was largely my own. Ironically, I wasn’t under the same threat level as I am now. Because four and one-half years ago, we actually had more reproductive rights than we do today. We are incrementally being made to move backward. So we need more strength, more bravery, and more deep breaths.

Today, I think differently. I pause and consider before I post anything about my daughters or their big brother. The vulnerability is no longer only my own, and it’s my responsibility as a parent to protect all of my children to the best of my ability.

So when the founder of Tiny Giant Losses (another highly recommended resource) read my response to the election on PALS and reached out with a request for a podcast interview, I took several more of those deep breaths. I considered her journalistic record, her audience, the pros and cons of telling my story in a new way—out loud. I decided it was important to speak in order to provide solidarity for parents in need of it. That’s been my motivation all along.

When I spoke with Tiny Giant Losses (you may listen here), I heard strength in my voice, even as it wavered. For the most part, I have become steady on my feet as a loss mom. This is my life now, after all; I can’t live it if I don’t accept it. Telling my story after time has gone by means I choose different words than I might have one month out, one year out. It doesn’t mean any single fact of the story has changed. My feelings, as they have evolved, are all still there with the grief. But I can speak from farther up the road, looking over my shoulder at the loss moms coming up behind me and wanting to help them. What crumbs do I leave? When do I bow down and help them up and when do I let them figure it out on their own? I suppose this is what big sisterhood feels like.

For the purposes of the interview, which also focused on healing after loss, I did the same. I shared what helped (giving in to the grief, finding my son in hearts and collecting them). I shared what I did (dog adoption, acupuncture, volunteer work). Because so often, at the beginning of any arduous journey, as surviving baby loss is, so little helps and we don’t know what to do. I let the noise of politics and protest slip away so that I could hear the questions and articulate the answers. We speak differently than we write. We have less time to be measured. But the truth of it all is still there. Sometimes, we see it even more clearly. In my case, I see our choice as end-of-life care, asked of us at its beginning. I don’t see it in the terms or the rhetoric with which I am portrayed. I don’t have to accept that story; I can continue to tell my own.

There is unique power in an oral history. There is something tangible about seeing the emotion in another’s face as you speak. In feeling it move across your own as you listen. It reminds anyone listening of the point of all this sharing: you are not alone.