“When Are You Going to Have Another Baby?” and Other Questions That Are Heartbreaking to Hear After a Miscarriage 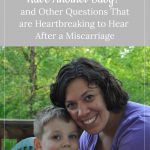 A couple years after we got married, my husband and I decided we wanted to have children. I got pregnant right away and had no complications during pregnancy or birth.

When we started trying for a second baby about three years later, I naively thought I could get pregnant any month I chose. Instead, I struggled with what I later learned is called secondary infertility. 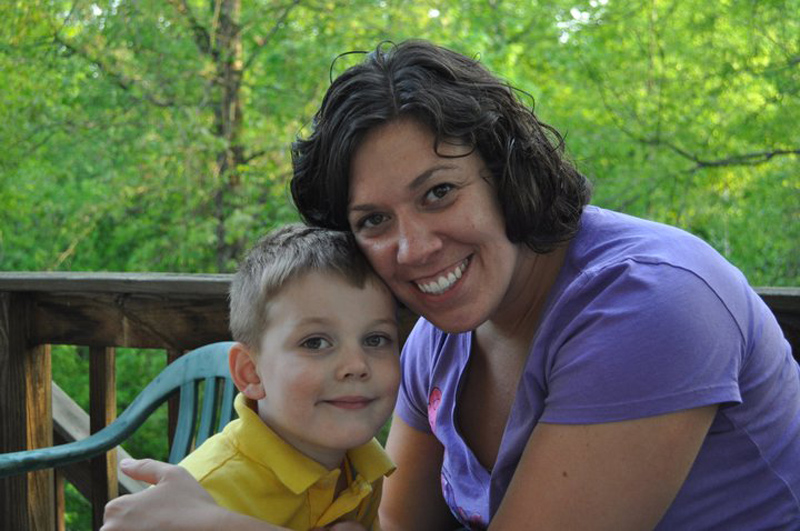 After several months of menstrual irregularities and fertility challenges, I got pregnant a second time. Somewhere between five and six weeks, though, I started having spotting, and I lost my baby at seven weeks.

Outside of my husband and a few family members and friends, no one knew I had a miscarriage.

Despite the crushing sadness of pregnancy loss, life carried on. I had to go to work. My 3-year-old went to daycare. I took him with me to the grocery store and the coffee shop.

Maybe it was his energy.

Maybe it was his age.

Maybe it was simply his being.

But people definitely noticed he was an only child. Everywhere we went, it seemed like I heard some version of what I now call “the dreaded question.”

“When are you going to have another baby?”

“Doesn’t he need a playmate?”

“When are you going to give him a sibling?”

I was still reeling from the grief of pregnancy loss. I kept thinking about how I was supposed to be pregnant with the sibling the dreaded-question-askers were rooting for. Every time I heard the dreaded question, it felt like a stab in my non-pregnant belly.

To add to my agony, I desperately longed to be pregnant again. Having another baby consumed me. Every month, I endured the ups and downs that come with trying to conceive — hopefulness, worry, anxiety, fear, and longing.

These feelings collided with the impending emotions I knew I would soon experience — disappointment if I got my period or fear that another pregnancy would end with yet another loss. I was also scared I would never see another positive test and my childbearing journey would end with a loss.

But the dreaded-question-askers knew none of this. They just saw I had one child and figured I could get pregnant again anytime.

Several months after that miscarriage, I did get another positive pregnancy test and went on to have my rainbow baby. I also had a bonus baby a few years later.

With three living children, my hands and my house seemed full. Yet, for some reason that I can’t explain, my heart longed for one more. I don’t know why, but I felt like our number was four.

Given my struggles with menstrual irregularities and fertility challenges, I wasn’t sure a fourth living baby would be a reality. But my heart’s desire started to come to fruition — a positive pregnancy test, normal bloodwork, terrible morning sickness, immense fatigue, and breast tenderness. I had all the signs of a healthy pregnancy.

Then, one day, it ended in a frenzy. The tiniest bit of pink spotting, texts and calls with my midwife, and a failed heartbeat check with a Doppler. Finally, an ultrasound confirmed the worst possible news. My baby was dead.

I was in my 12th week, right at the end of my first trimester, ready to emerge from the supposed “danger zone.” My baby stayed put in my womb until 13 weeks. I don’t know if it’s because I was further along or because I had grown older or maybe some other reason, but that loss was far more devastating than my first miscarriage.

I still long for a fourth baby, but I don’t know if I’ll get pregnant again. And of course, the fear of another loss is always lingering.

These days, the dreaded question sounds different, but it hurts just as much to hear it.

“Do you think you’ll have more?”

“Is it time for another one?”

Almost a dozen years after I first started hearing these types of questions, I can’t help but wonder, “Why do people ask the dreaded question?” Most people love babies, so I guess that has something to do with it.

Honestly, though, I think there are just so many folks who have a preconceived notion of what families should look like — at least two kids, preferably one of each gender, but not too many kids. Anything outside of this old-fashioned way of thinking has the potential to bring out the dreaded question.

For years, I have been writing about the dreaded question, pleading with people to stop asking.

And I know I’m not the first loss mama to speak up on this topic. I once had a dear friend who genuinely wanted to know if it’s ever OK to ask questions about getting pregnant or having more children, especially if directing them toward a close family member or friend. I think she was picturing a vulnerable, heartfelt, raw conversation in a quiet location. At the time, I might’ve said maybe, it could be OK to ask, but you have to be prepared for the sadness the dreaded question might evoke if you unknowingly trigger a painful memory.

Now, after a second, absolutely crushing miscarriage, my answer is no. It’s never appropriate to ask. Don’t be the person who brings up the dreaded question. Ever. If family members or friends want to talk about fertility struggles, pregnancy loss, or anything else related to having — or not having — children, they will let you know.