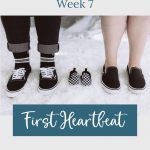 “Spotting is extremely common in the first trimester.” It says so right there on my IVF paperwork, but I still felt relief every time I went to the bathroom without seeing blood for most of the first six weeks of this pregnancy. Spotting had been one of the first signs we got that my wife was having a miscarriage last year, so I associate it with doom and gloom.

But then, the night before Thanksgiving, spotting started. I was home alone and terrified. All of my logic flew out the window. The facts I knew about how common and non-threatening spotting was in many pregnancies (especially IVF pregnancies) were useless. I instantly broke down crying, called my fertility clinic (nothing they could do to help after hours), and prayed. 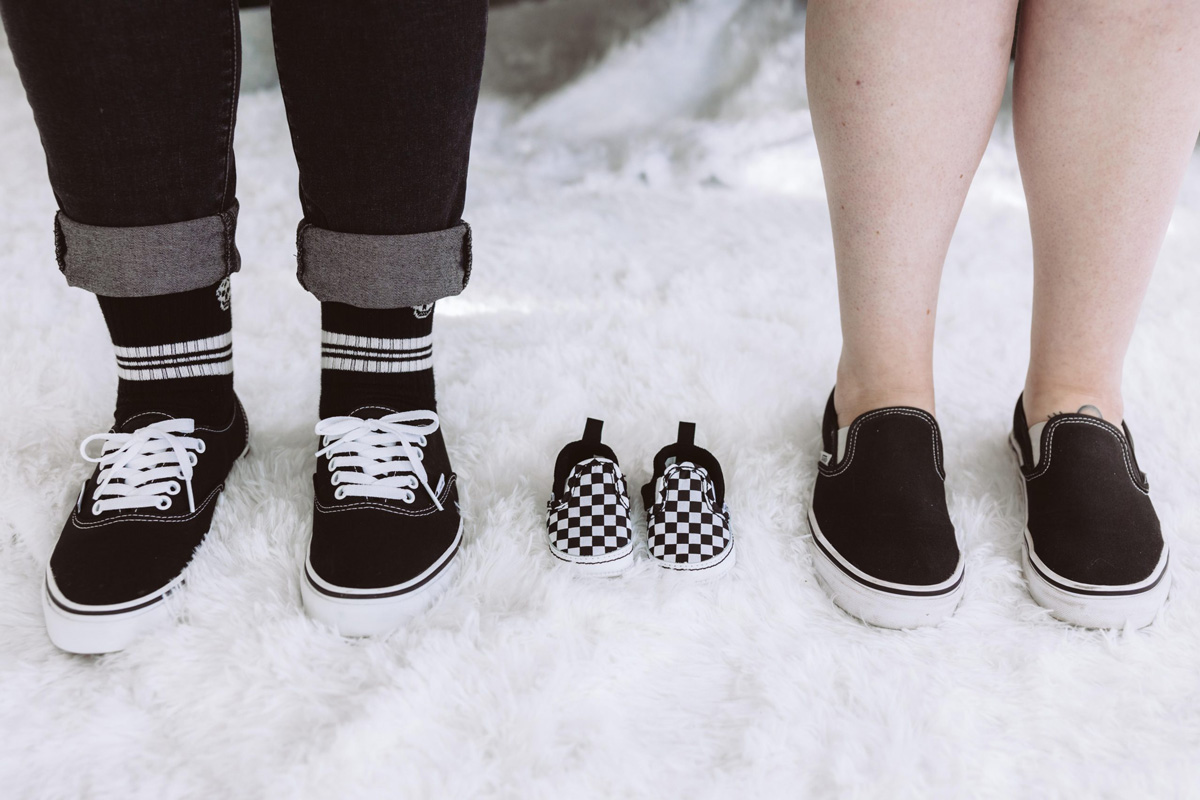 Two days later, at exactly seven weeks pregnant, I went into the clinic with my wife, K, for an ultrasound.

Spotting had stopped, and I thought I was feeling confident that everything was ok–until it was actually ultrasound day. I changed the radio station nonstop and breathed through waves of nausea as we drove to see whether our baby had a heartbeat or not. When we arrived, all I could think about was getting this appointment over with, but our usually-punctual clinic was slammed with post-holiday appointments. We waited mostly silently for almost an hour until it was our turn.

Laying on the exam table, I felt both numb and terrified about what we were about to learn. When the ultrasound began, I immediately saw the gestational sac, and it looked much bigger than at week 5, but empty. It’s empty, it’s empty, I told myself, bracing for a terrible repeat of the day we found out our previous baby’s heart had stopped beating. As the doctor adjusted the focus of the ultrasound machine and more came into view, he reassured us: “I see a heartbeat.” I couldn’t believe what I was hearing. I heard myself joking with the doctor and my wife that this felt so surreal–were we sure this was a human baby and not a tiny cat? But it all felt so far away.

The doctor measured the baby and his heartbeat, promising us that everything was on track so far.

The doctor could not see any cause of bleeding, but based on how light my spotting had been and the brown color of the spotting, he was unconcerned. K cried with relief while she recorded the sound of the baby’s beating heart on her phone, but it took hours before the fear and adrenaline left my body enough for me to start to believe that this baby is ok.

Most days, I still feel like I’m just a sick person having symptoms that happen to be similar to pregnancy symptoms. But on this ultrasound day, many hours later, as K and I discussed future child care options and the possibility of moving to a bigger home, it really felt real for a few moments: this could be the baby we actually hold in our arms next year.

About the Author: Alli Baker

Alli Baker is a queer educator and IVF loss mom living in Southern California with her wife and two cats. Alli is pregnant with a baby boy after her prior chemical pregnancy and her wife’s miscarriage. Community support has been vital to her healing. She writes about IVF, PAL, trauma, and resilience, and she teaches English, sociology, and gender studies. In her free time, she takes her nieces to Target, crafts, and reads scary stories. Follow her on Instagram @mrs_alli_baker.