The State of Abortion Care in Texas: A Conversation with an OB/GYN in Texas 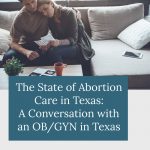 We at Pregnancy After Loss Support (PALS) know that we serve many moms from diverse backgrounds and experiences. The following is a discussion of SB 8, a state law in Texas that has ended abortion care after six weeks gestation. We share this information for our parents in Texas who are directly affected by the change in the law. This article may not affect you, and you may have strong feelings about the subject, but we will not tolerate any shaming or judgmental comments in response. PALS is a safe place for all parents who have terminated for medical reasons. Our hearts go out to all who’ve been triggered by this issue being plastered all over the news over the last few months and in the months to come as this plays out in the courts. 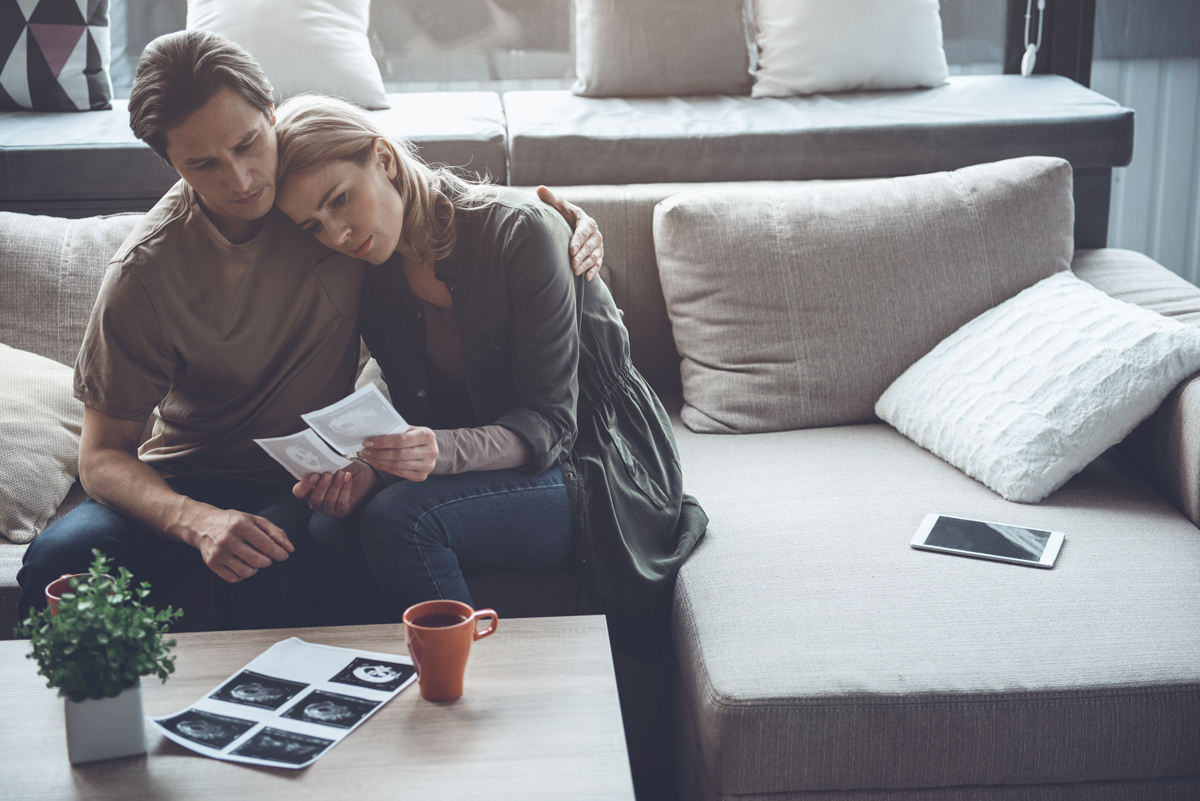 In May of this year, Texas passed a law, commonly referred to as SB8, that bans abortions after six weeks gestation even in the case of rape, sexual abuse, and incest.

The law also includes a novel enforcement mechanism, whereby private citizens are deputized to bring lawsuits against anyone who “aids and abets” an abortion. A legal battle has since ensued over whether this ban, one of the most restrictive in the country, is constitutional.

For background: Governor Greg Abbott signed the bill into law in May of this year and it was scheduled to go into effect on September 1. Over the summer abortion clinics sued (Whole Woman’s Health v. Jackson), and asked for courts to block enforcement of the law while the case is pending. Lawyers and activists on both sides of this issue stayed up late on August 31st to see if the U.S. Supreme Court would grant an emergency motion to block the law before it went into effect. The Supreme Court did nothing until just before midnight on September 1 when it issued a ruling declining to block the law. That effectively ended abortion after six weeks gestation in Texas even while the litigation is still ongoing.

This is where it gets a bit tricky to follow. On September 9th, the U.S. Department of Justice sued Texas (United States v. Texas) alleging the state law defies the Constitution and federal law. On September 23rd, the abortion clinics asked the Supreme Court to assess S.B. 8’s enforcement mechanism before judgment in the appellate court below. On October 6th, a district court judge ruled in the DOJ case that the state law should be suspended while the case continues. That decision was appealed to the Fifth Circuit Court of Appeals, which on October 8th reinstated the law. The Department of Justice then appealed to the U.S. Supreme Court, and on Friday, October 22nd the high court agreed to fast-track both United States v. Texas and Whole Woman’s Health v. Jackson, and will hear oral arguments on November 1st. The issues before the court are procedural, and the court won’t be reviewing the constitutionality of abortion overall. Meanwhile, abortion after six weeks gestation is still illegal in Texas.

This will not end the abortion discussion this year.

The high court is also set to hear arguments in December in a case out of Mississippi challenging the state ban on abortions after 15 weeks. That case will consider whether pre-viability abortions are constitutional. That decision is expected to come sometime next spring. The situation is ever-evolving though so for further updates, continue to monitor the news.

The intricacies of the litigation on this issue out of Texas is beyond the scope of our article and purposes, but as the cases wend their way up the courts, there are actual real-life effects this law is having on pregnant Texans. Many of our fellow expecting parents in the state may be faced with heartbreaking choices and it’s not entirely clear what those choices are. That’s why we reached out to Dr. Marian (Dani) Steininger, MD, FACOG, an OB/GYN practicing in McKinney, Texas, to discuss what’s happening now in Texas.

Here’s the Q&A with Dr. Steininger:

PALS: What is the current state of affairs for abortion care in Texas? Are abortion clinics providing any care?

Dr. Steininger: Abortion clinics are still open. Many of these clinics provide preventative screening exams, pap smears and birth control as well as other women’s health services. They are fully functioning in this regard. Every abortion clinic that I have heard of is offering limited abortion services.  Most abortion providers are complying with this law. They still offer abortions under 6 weeks, both medical (pills) and surgical (Dilation and Curettage). For those who seek abortion services after 6 weeks, I have heard numerous painful stories about how these clinics are becoming counseling and social services centers because they cannot offer abortion services to these women. Women’s health clinics are still doing their best to serve their patients’ needs within the limitations of this law.

PALS: If a person finds out that their baby has serious genetic condition or any other condition that is otherwise incompatible with life, what options does she have in TX?

Dr. Steininger: This is the question that keeps many women’s healthcare practitioners up at night. What if the next ectopic pregnancy (pregnancy outside the uterus) I diagnose has a heartbeat? What if one of my patients’ fetus has a lethal anomaly? What if my patient’s bag of water breaks at 14 weeks without going into labor? SB 8 allows for intervention in cases of medical emergency, but what constitutes a medical emergency in the eyes of the court? All of the examples I just gave aren’t immediate medical emergencies in medical terms. Each one is an increasing threat to the life of the mother if the pregnancy continues and the standard of care is to offer the option of terminating the pregnancy. Many of my colleagues are bringing up these questions within their hospital systems and the power structures that exist. The answers are highly variable. Right now, I think it varies regionally whether women in these situations will have the realistic option for an abortion.

PALS: How is the Texan OB/GYN community responding to this change in the law?

Dr. Steininger: The complexities of how SB8 would limit access to women’s healthcare were brought up by Texas Ob/Gyn’s to the Texas legislature prior to the passage of this bill.  Some of it fell on deaf ears and some members were sympathetic. There have been statements from ACOG (American College of Obstetrician Gynecologists), the Texas division of ACOG and TAOG (Texas Association of Obstetrician Gynecologists lining out how bad this bill is for women’ healthcare in Texas. We’re writing our legislative members. We’re marching. The main battle now is in the courts. The trickiness of this bill is that it deputizes citizens to enforce it and in that way so far has bypassed usual judicial review. To me, it feels like most of my practicing friends and colleagues are holding our collective breath until a court can overturn this unconstitutional law. We just want to minimize the fallout to our patients in the meantime.

PALS: Is there anything else you would like our readers to know?

Dr. Steininger: Not only have women had their right to determine what is best for their own health taken away, but we physicians are being forced to consider waiting for our patients’ conditions to worsen in order to call it a medical emergency and intervene. This goes against our Hippocratic oath. This flies in the face of medical ethics. If I know that my patient’s condition will only worsen and that this pregnancy is a threat to her life, she and I should be able to decide together with all options available, what is best for her.

The downward effects also concern me. Much of Texas is rural and a large portion of obstetrical care in these areas is done by family practitioners and generalists. These primary care physicians choose to practice obstetrics to serve their community and don’t have to.  From the examples I listed above, you can see how this law complicates even routine obstetrical care and doesn’t just affect abortion providers. My fear is that this will be the force that pushes many family practitioners out of obstetrics.

Also, if I were a resident Ob/Gyn physician right now, even as a 3rd generation Texan who loves this state, I would be looking for a job elsewhere. I don’t think I’m alone in this sentiment. I think this law, even if overturned, will affect Texas’ ability to provide quality women’s healthcare for years to come.

Thanks to Dr. Steininger for her time in answering our questions during this tumultuous time in Texas. We thank her and all of our care providers for doing what’s best for our PALS parents.