8 Things that Surprised Me about Bringing Home My Rainbow Baby 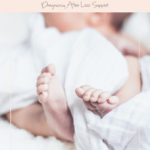 While the birth of any baby is full of anticipation, babies born after pregnancy loss are even more anticipated. The months and months or years and years of waiting are finally over when that little one finally becomes a central part of your daily life. Four and a half months ago I gave birth to my first living child, “El”. Her arrival was long awaited, after two consecutive 20-week losses, finding out I was a carrier of a genetic condition that I had passed on to both of our baby boys, and undergoing IVF with preimplantation genetic diagnosis. My husband and I had been through so much on this journey and had been imagining finally bringing our baby home for nearly three years. Despite all of these years of anticipation, there were still things that surprised me about finally bringing home my rainbow baby. 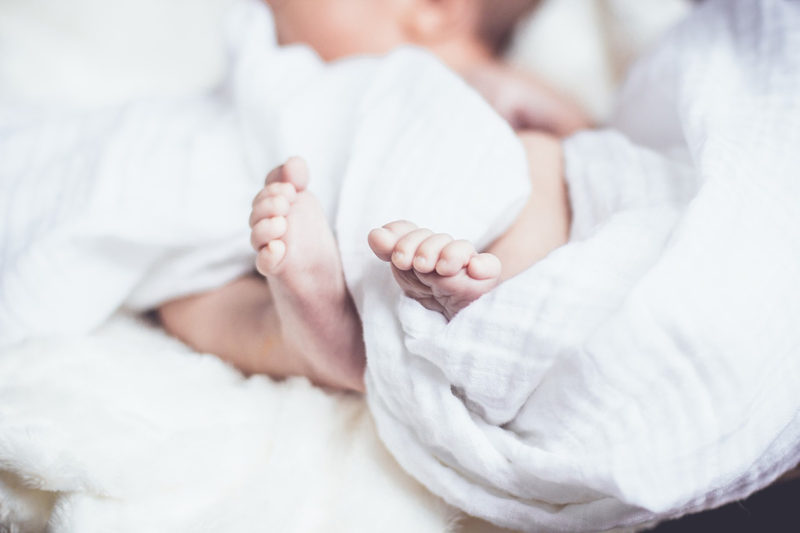 1. The awe I felt that she had finally arrived.

I didn’t know exactly how I would feel (or whether I would even feel anything) the moment El was born. When the moment came, the tears of relief were instantaneous. What surprised me, though, was that the immediate shock and relief that our living baby was finally here lasted for weeks. Driving home from the hospital, I was again crying, saying, “I just can’t believe she is finally here.” Even just a few days ago, four months in, I found myself in her nursery at night, watching her sleeping in her crib thinking, “We have a baby. I can’t believe we actually have a baby. She is right here, sleeping in her crib. In our house.”

When Danny (our second baby) died, he was only 20 weeks and a few days gestation. He weighed one pound, three ounces. El was born at 37 weeks and a few days gestation. She weighed six pounds, 13 ounces. I had to be dilated to five centimeters to delivery Danny and ten centimeters to deliver El. After the relief I mentioned that came the moment El was born, I was struck with wonder at how in the world a baby that large could have fit inside of me. In the weeks that came, while everyone else seemed to think El was so tiny, she seemed so big to me. Her footprints at birth, saved on a card in her room, seem almost three times as large as Danny’s tiny, tiny footprints that hang in our kitchen.

3. The triggers of the postpartum experience.

Having been pregnant twice before, I have also been postpartum twice. I know the experience of being postpartum in the hospital and taking care of my body as it adjusted after the shocking end of two pregnancies much sooner than they were supposed to end. I had prepared myself for the aspects of labor and delivery that would be triggering of my previous traumatic experiences, but I did not anticipate that the familiarity of being postpartum would be triggering. Physical aspects of the postpartum period, such as monitoring my bleeding, reminded me of my past experiences. When I had moments of remembering that I was not pregnant anymore, such as when my niece told me I could pick her up because there wasn’t a baby in my belly, I had to remind myself that this was not traumatic this time. This pregnancy had ended how it was supposed to.

4. The sadness I felt when she outgrew her newborn onesies.

Over the course of three years and three pregnancies, my husband and I had gathered a collection of adorable onesies.  Some were gifts, and some we bought ourselves. Some we bought for Lentil. Some were for Danny, and some were purchased specifically for El. I had been waiting for this newborn for so long, and as she started to grow out of the first clothes that she wore, I found myself somewhat sad. Even though this was supposed to happen and I wanted her to grow, there was something bittersweet about it. Some of the onesies were new ones that had been meant just for her: the Star Wars onesie from dear friends, the avocado onesie from her uncles, and handmade ones that had been gifted from an amazing friend and loss mom who had walked alongside me in this journey.

But the onesies that made the saddest were the ones that my husband and I had been waiting to see our baby in for years. There was the 2016 Cubs World Series Champions onesie that I purchased right before we found out that Lentil, our first, had died. There was the rainbow onesie that El wore home from the hospital. I bought this one when I was 11 weeks pregnant with Danny, when I was holding so much hope that our second baby would be the one we would bring home alive. And then there was the onesie that I purchased in the city we lived in for 5 years. I bought it in 2014, two years before our first pregnancy, and I used it to tell my husband that we were going to have a baby.  It was surreal to finally see our baby in this onesie, 5 years after I had purchased it, and it made me sad to pack it up again, as I had done twice before.

5. Common phrases that don’t have the same meaning as they used to.

There are many common sayings that loss parents tend to cringe at, such as the idea of parents wishing their children to “stay little forever.” The ones that I have cringed at the most since El was born refer to laying the baby down for a nap. Every time I catch myself saying that I am going to “put her down” or “put her to sleep,” I always need to say “for a nap” afterwards. Before loss, parents don’t think of phrases such as these as being linked to death, but with a baby after loss, greater anxiety about your child dying results in an almost superstitious avoidance of phrases such as these.

6. The joy I feel watching my husband father her.

He is finally not on the sidelines. He gets to be a father in all the ways he has been yearning to for so long. The tiny every day experiences of his fatherhood are what bring me the most joy. Getting pictures of him taking the baby and the dog on a walk while I am at work. Projectile poop on his jeans on her second day home from the hospital. Getting the opportunity to tease him for doing stereotypical dad things like dressing her in clashing clothes (tie dye onesies do not go with multicolored striped pants, if you were wondering) and putting some of her clothes on backwards. I have been waiting for years for this, and those little moments are so joyful

7. How much I enjoy dressing her in rainbows.

I know there are different opinions on referring to a baby born after loss as a rainbow baby. Before El was born I bought a few rainbow themed clothing items, but I was confident that I wouldn’t go overboard with the rainbows. What I found, though, is that I love seeing her in rainbows. It is a subtle way of acknowledging all of the strife that we went through to have her with us. It is a reminder to me and the world that she is not our first baby, and it is a nod to our baby boys that I haven’t forgotten them.

8. How healing her presence is.

Over the past three years I have read other courageous mothers’ experiences of having a baby after loss in which they note that their grief does not go away. I agree. My grief is not gone. I have been surprised, though, that for me, El fills me up so much that she has helped my wounds heal. The wounds are still there. The scars and the grief will always be with me, but El has also brought a joy where once there was so much more sorrow.