Although Naval sea combat is not as dangerous as some of the other branches of the military that are located on the ground in a war zone, it is still an exponentially more anxiety-ridden journey than most civilian jobs face.

I am bringing up these horrifying situations where PTSD is very understood and expected and writing as a loss mom who has experienced all three to let it be known: the PTSD faced after losing a child is as real as what one can face with combat exposure or sexual trauma. In some aspects, the loss was actually worse for me because the war took place internally. The perpetrator was my body, and the victim was my baby. This is what it initially felt like for me when I lost my daughter, and it is what it will always feel like for many.

Over time I have been able to make peace with God over His will and my daughter’s purpose. However, many loss moms find no comfort in their faith, and some never believed in God to begin with. Despite the array of differences we have as loss moms in terms of accepting our loss or not, one thing the majority of us have in common is this: absolute shell-shock fear when we get our positive pregnancy test after our loss. 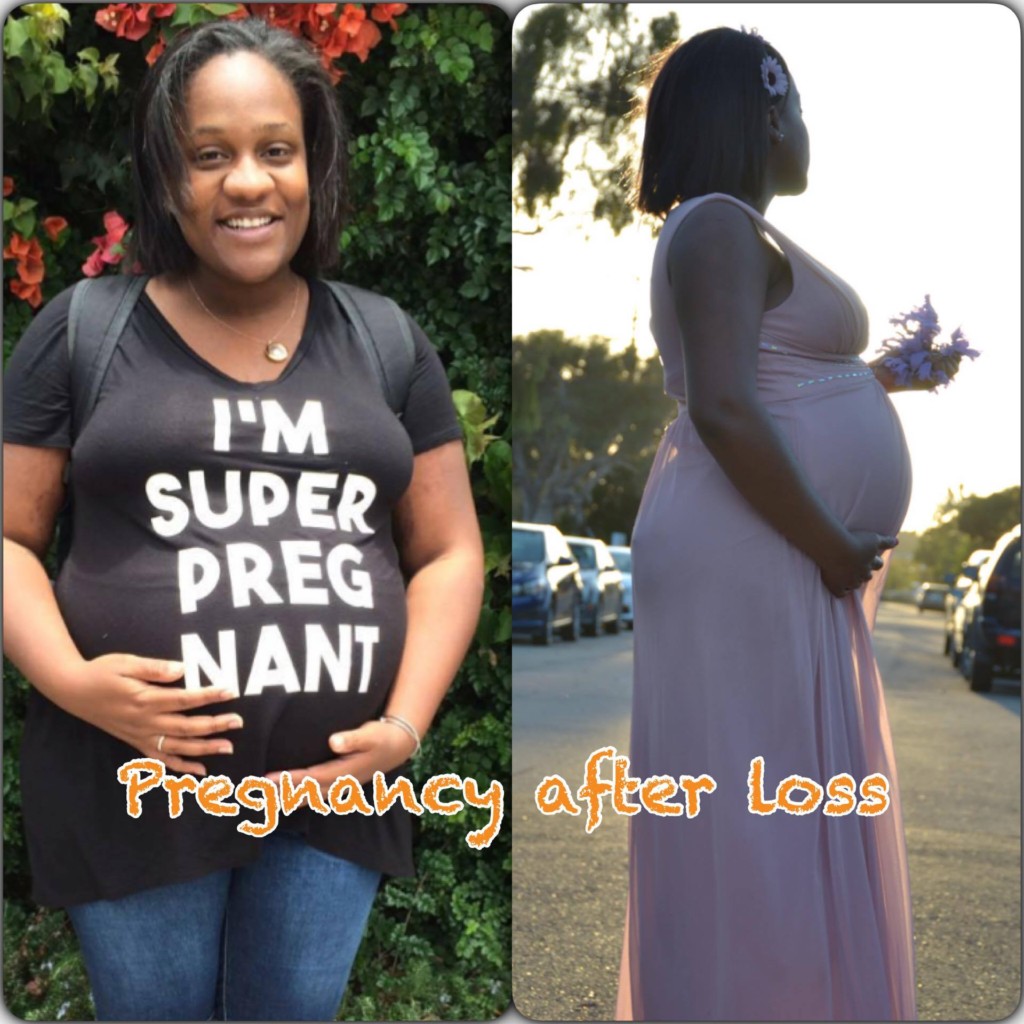 Now that I am six weeks into my second pregnancy after loss there are some things I know now that I wish I could tell myself during my first rainbow pregnancy. Some of them I was already implementing. I want to share with you some practical tips for facing the anxiety that comes with a pregnancy after loss:

1. Your feelings are normal, but they are also crippling.

To make the most of this pregnancy you will have to fight the inclination to lock yourself in a room for 10 months. I remember so many times saying I was numb, saying I would thaw out when my baby was alive in my arms. And sometimes that’s the best we have, and it’s good enough. But, I literally didn’t realize that I didn’t have a baby shower with my first rainbow until he was six months old. I would’ve loved a baby shower for him, but since I was mentally and emotionally checked out, I was unable to do the things I wanted to do to celebrate him. And one thing on announcing: announce when you want to. If that’s at four weeks or 40, you do what you need to do and don’t let anything or anyone control you.

No, seriously. It’s normal to breathe very shallow during episodes of anxiety. And your body needs that good oxygenated blood to profuse to all of your systems, especially your growing uterus. Also, don’t forget to drink lots of water

So many times I felt dizzy during pregnancy after loss. Had a few near faint experiences. I wasn’t breathing deep enough. I wasn’t staying hydrated. I just pressed autopilot and thankfully we both arrived to the finish line alive but I can humbly admit that it wasn’t because I was giving myself the best advantage physiologically. Oxygen and water felt like a scarce commodity during pregnancy after loss for me.

You have a spirit, a mind, a soul, and a body. Make the time to nourish these aspects of yourself.

I purchased an amazing book, Waiting in Wonder by Catherine Claire Larson, about growing in faith while you are pregnant. That book really helped me through some difficult feelings. I read my Bible, did massage, acupuncture, enjoyed music, movies, stand-up comedy, attended regular church service and bible study, and served others in need in a handful of capacities. I went through a lot of counseling, and all these things helped me to face each day victoriously. Even when I didn’t feel great, I was still one step closer to the finish line, as the best me I could be.

So, naturally, being on autopilot means you forget to do things you know how to do and could normally do with no reminders. I literally downloaded an app for breathing. I would tell myself to set alarms to do the things I wanted to do, because so much didn’t get done during that pregnancy that I would’ve loved to do. Phone alarms and apps are a practical way to remember to grocery shop, check the mail, go for a walk, or even talk to the baby in your womb.

This is either a huge win or a huge no-no. For me, it was a win. When I needed a little reassurance before the point of kick counts, I lubed my belly and searched for my son’s heartbeat. And every time I heard it, we grew a little closer. It actually felt empowering to be in touch with my body and his location. I had already heard a Doppler with no heartbeat; I did not want to miss on opportunities to bond with my baby. HOWEVER, If you do not want to take the time to learn how to use it and understand baby’s position, and you know yourself well enough to know that you will go into a panic attack if you cannot find the heartbeat immediately, DO NOT, I repeat, DO NOT use a Doppler. Some of my friends abhor even the thought of one.

Side note: This is not for medical diagnosing. It’s just a bonding tool for me. I recorded his heartbeat, my swirling placenta, and my heartbeat, and played it for him when he was a newborn. He loved it.

Since we are angel parents, we know that every moment with our babies counts, even in the womb; they are our children. And if they are our children, let us treat them as such. I wrote a story to my son and read it to him while he was in the womb. We had swim and walking dates–not mommy exercising, but mommy and baby bonding. Because I had previously given birth to the fragility of life, I didn’t want to waste valuable time with my baby; every moment is a gift.

Man, I was the closest I had ever been to other moms during this time. With at least ten women, we chatted regularly to share our journey’s with pregnancy after loss. Being in loss groups is one thing, the next step is reaching out and connecting with women who you can relate to. Who else can you message at 3am when you are freaking out about a questionable vaginal discharge?

Being a PAL mom is an honor. We have another chance for a new experience. Many of our loss friends have been met with secondary infertility, are feeling the pressures of a biological clock that’s almost out of time, or the discouragement of the clock whose time is up, have experienced a subsequent loss, have run out of money to work with their reproductive endocrinologist, have gotten a divorce, or have dealt with such debilitating depression/PTSD that they cannot even bring themselves to hoping for a rainbow. Maybe this was even us at one point. The fact that we are in a space of conceiving again after all that is nothing short of a miracle. I truly believe a thankful spirit will make a pregnancy after loss experience most gentle for us.

About the Author: Trish-Ann Taylor

Trish Taylor, a native Floridian, lives in San Diego, CA with her husband and son. She is a woman of faith and teaches teenagers at her church. She’s a dedicated mother to her children. Her step-daughter Makenzie was born May 19, 2009. Her first biological daughter wound up living her full mortal life in her mother's womb; Joislen Grace Taylor was born into eternity on August 16, 2015 after a 40-week healthy pregnancy for unexplained reasons. Trish's rainbow baby, Dwayne III, aka "D3”, was born September 19, 2016. She is a veteran and is passionate about advocating for women's health. She is pursuing her career as a labor and delivery nurse with doula bereavement training. Trish works alongside local hospitals in San Diego to bring about necessary change to better accommodate grieving families. She writes moving pieces inspired by her faith and her endless love for her daughter on her blog Our Journey with Joisey.