After my first pregnancy ended in the stillbirth of my daughter the last thing I wanted to do was think about having another child. I was broken and defeated. I had felt like my body had failed me and that I had failed my daughter, but I more than anything that I wanted to be a parent. To become a mom again to a living child, I knew I would have face another pregnancy. 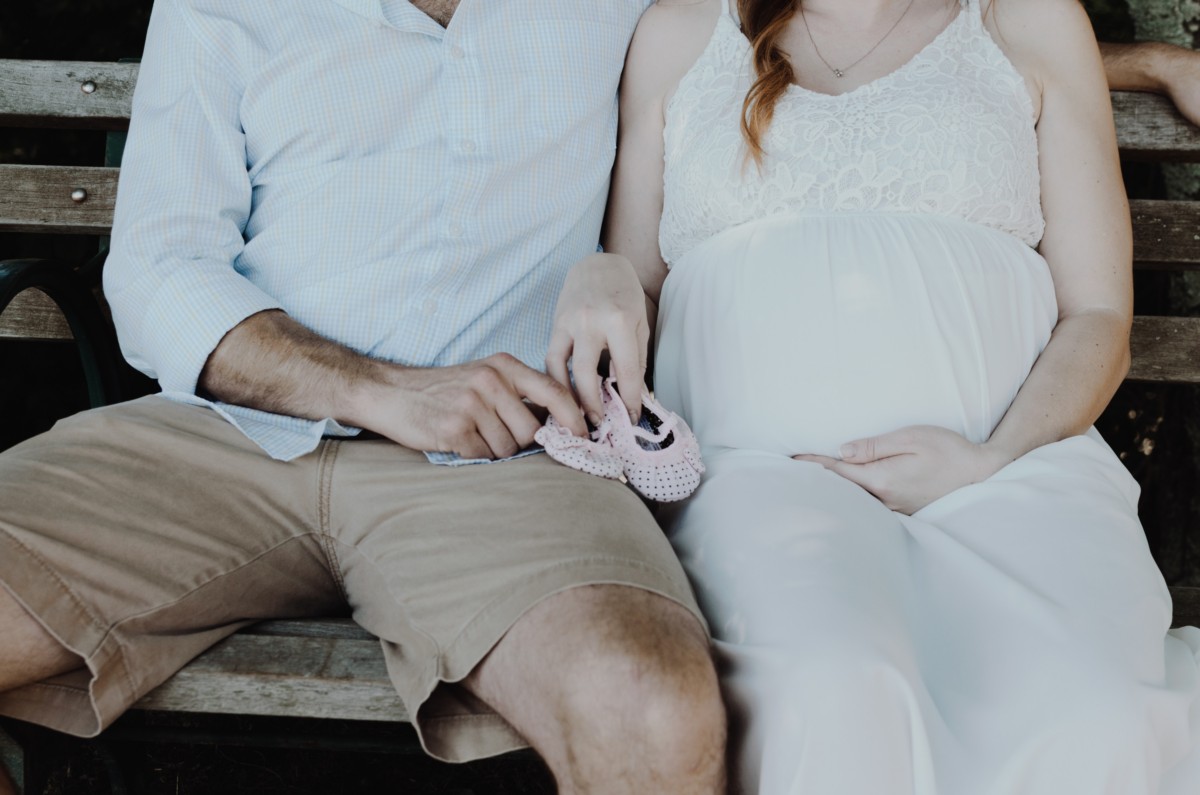 Photo by Kelly Sikkema on Unsplash

In the early days of my grief I thought being pregnant again after my daughter died would fix things. Somehow making losing her easier. When in actuality, trying to conceive and being pregnant again after loss was one of the hardest things I have ever done after saying goodbye to my firstborn. The months of trying with no plus signs to appear on the pregnancy tests were agonizing, experiencing the grief of despair all over again with each unsuccessful month. While the week by week journey after conception and being pregnant again was filled with fear and thoughts that sometimes turned into beliefs that this baby would die too.

Looking back, I’m not sure how I made it through the that nine month journey of hope for new life mingled with the grief and anxiety that came from losing the child before. What I do know is that having a supportive network of family, friends and fellow bereaved and pregnant again after loss mamas helped me hold onto hope that this pregnancy, this baby, and this story could and would have a different ending.

If you are one of those supportive people in the loss mom’s life who is now pregnant again and are looking for ways to help support her on this complex emotional journey of pregnancy after loss, some ideas are listed for you below. These are all things I was lucky enough to have my support system do for me. Which made the nine plus months of pregnancy again more hopeful.

Most of the time, when things get hard in life all we really need is for people to show up and be present. Now showing up is the easy part, being present for someone who is hurting is the hard part. What the pregnant again after loss mom really needs is just someone to hold space for her. What does hold space entail? It means to listen with an open heart, without judgement, critique or offering up solutions. It means being open to understanding her unique journey without having to insert your opinions or give her advice. It basically means responding with statements of empathetic ‘um-hums’, ‘yeah’, and reaffirming comments of ‘things are hard for you right now’ and ‘do you want to watch Netflix and eat ice cream?’

It’s difficult to let others teach us what they need when the ones we love are in so much pain. We just want to fix things for them to take the hurt away. But every mama’s needs and desires during her subsequent pregnancy are different, so following her lead on what she wants and needs from you is often the best way to move forward. This means realizing that she might not want a baby shower or to receive gifts before the baby is born. She might not want to talk about this baby the same way she did her other pregnancies. Or it might mean that she wants to talk about this baby more and have as many celebratory experiences with this child as she can before they arrive. Remember the best way to find out how to support her is by asking her what it is she needs and wants during this complex emotional time.

3. Focus on her needs and not the baby’s

During pregnancies we often have a tendency of focusing on the outcome of the nine month journey – the baby and we forget about the mother. When you are pregnant again after losing a previous pregnancy it’s difficult to believe in an outcome you now know isn’t guaranteed. Instead it’s nice to focus on the nine month gestation of the mother. What does this mean? It means pamper the mom. Focus on her journey. How is she feeling? Does she need extra support? Would she like a massage, a meal cooked for her? Does she want to talk about things other than this pregnancy? Does she want to ditch out on the baby shower and do a blessingway instead? Take the focus of the pregnancy away from the baby for awhile gives the mom pregnant after a loss a break from the all consuming difficult emotional experience of a pregnancy after a loss while also validating this unique experience.

4. Let her know you are there

Sometimes during my subsequent pregnancy I retreated away from family and friends. I just could not handle the overwhelming and stressful emotions of a pregnancy after a loss along with the stress of daily life. It wasn’t that I didn’t want family and friends around, it was that I just couldn’t add anymore to my plate. One thing that my amazingly loving family and friends did was support me quiet ways from a distance. One of my aunts sent me a card every week from the time may daughter was stillborn through the whole first year of my subsequent child’s 1st birthday. Other family members and friends would send me encouraging texts or Facebook messages that would say, “Just wanted to let you know I was thinking of you. Sending love.” I have to admit, I didn’t always respond back, but the messages still came and I still read everyone which made me feel loved and supported during such a difficult time.

5. Incorporate her child who died

One of the greatest gifts you can give a grieving mother is to let the name of her deceased child slip through your lips. And just because a bereaved mom is pregnant again does not mean that this next baby will replace her child that died or the pregnancy that she lost. Acknowledging her grief for her baby that died by using that child’s name in conversations and cards will help her create space for the child she is causally optimistically expecting.

6. Hold onto hope for her

The greatest gift that was given to me during my pregnancy after loss was by another fellow pregnancy after loss mom that went on to have her subsequent baby a few months before me. During my blessing way she turned to me and said with tears in her eyes, “I have to believe, I just have to believe that this baby will be okay. That this baby will live. I just have to believe. I don’t have another choice.” It was the most powerful things anyone has ever said to me and the gift she gave me was honest hope. You see, I did not really know how to hold onto hope that this subsequent baby would live. But my friend gave me the best gift of all by holding onto that hope when I couldn’t. Believing for me that this baby would have a different end to the story than my previous baby and that hope could live and bloom out of the darkness. If you can do anything for a pregnant again after loss mom or say just one thing, let her know that you will hold onto hope for her that this time, things will be different.